Nevada Advice for Folks with Out of State Wills

Out of State Wills in Nevada: What Happens Next?

Hello, my name is Jonathan Barlow, I'm a wills and probate attorney in Nevada, at Clear Counsel Law Group. Questions often come up, Nevada's a melting-pot, especially Las Vegas, where it's a melting-pot of sorts.

A lot of people come here to retire from other states in the United States. With that, they bring with them estate planning documents, particularly their will, that they did in another state.

They move here to Nevada and they have done their will in Ohio, or Montana, or California, some other state, move to Nevada, and they don't do a new will in Nevada.

What do we do? Is the out of state will still valid?"

Let me give you some examples regarding out of state wills to flush this out a little bit and to make sense of what we're talking about.

What is a Valid Will in Nevada?

Let me start with, what is a valid will in Nevada?

A typical typewritten will in Nevada has a few simple requirements. Obviously, the person creating the will has to sign the document, and they have to sign it in the presence of 2 witnesses.

We have to have 2 witnesses who also sign their names to the will, and those witnesses would be able and willing to sign a statement, which is usually incorporated into the will, could be done later.

The person needs to sign it, we need to have 2 witnesses who will say that the person met those legal standards of what's called capacity, that they understood what they were doing, appeared to be of sound mind, and of age.

That's a valid will under Nevada law. 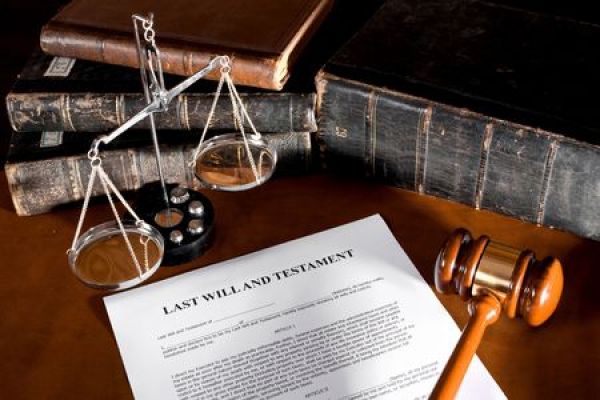 The Standard for Wills Differs Between States

The question comes up because other states don't have the same requirements for a valid will.

Some states require a notary to sign the will, or to notarize the signatures on the will.

Nevada doesn't require a notary even though sometimes we see notaries on Nevada wills, not required. Some states require only 1 witness to sign on the will.

I often see wills done in Nevada, usually done by the person themselves, on a do-it-yourself type of document, where they get just 1 person to witness the will.

It's not going to be valid under Nevada law if it was done in Nevada.

Other states allow that 1 witness to witness the will and have it be valid.

You are not Permitted to be a Beneficiary and a Witness

Let me tell you one other important thing that also happens under Nevada law.

Say we have those 2 witnesses who sign the will.

Let's say that 1 of those witnesses is named as a beneficiary of the will, they're named in the will to receive something.

They're the son or the daughter of the person and they're going to receive something from mom's estate and they then also sign as a witness, or mom, or the person leaves, "$10,000 to my neighbor, Betty."

Betty then witnesses the will.

Nevada law says that if you sign as a witness on the will your gift in the will is invalid.

The will itself is still valid, you can witness the will and make it a valid will, but your gift in the will is invalidated.

I've seen it happen many times, it's very unfortunate when that happens. You have to be very careful about who you have as your witnesses.

One small caveat, if there are 3 witnesses and 1 of them has a gift, we're still going to be okay because we have 2 other witnesses.

That's rare when we see that.

How Nevada Courts Treat Out of State Wills

Okay, let's say a Montana will has come in. I don't know Montana law, but let's say Montana says you can have just 1 witness on a will to make it a valid will.

Under Nevada law, that would not be valid.

How do we prove that? How do we show the court that this is a valid, out of state will? The practice of the courts, here especially in the Clark County and Las Vegas area, the practice of the courts has been to accept a letter of opinion, written by a Montana, or whatever state, by a licensed attorney in the other state, that says that they have reviewed the will and that the will complies with the requirements of that state for a valid will.

We take that letter of opinion, we present it to the court, and the court can rely on that opinion of validity to allow that out of state will to be accepted to probate.

Which means to accept it as a valid will here in the state of Nevada.

In disputed situations, that may not be sufficient, that letter of opinion from another attorney. The court will then take a look at that closer and make its own determination at that point.

It greases the wheels a little bit to get that letter of opinion from another attorney.

As long as there's no disputes, Nevada will use that, rely on that letter, to accept that will done in another state with different requirements of validity, to accept it as a valid will in Nevada.

If you have a concern about that, where mom or dad has moved to Las Vegas, and you're wondering whether they need to re-do their will in Nevada, or mom or dad have passed away in Nevada and you know that they did a will in another state, give us a call here at Clear Counsel and we'll be able to help you understand whether that will be treated as a valid will here in Nevada, or whether we're going to be under a different situation.

We'll help you walk through that situation, as we have done many times in these exact situations.

Look forward to talking to you and answering these questions.

Give us a call here at Clear Counsel Law Group and we'll be glad to help you.