Pet Trusts in Nevada: What You Need to Know

Hello, my name is Jonathan Barlow and I'm a probate attorney here at Clear Counsel Law Group. You may have seen in the news different times different people who leave money to a pet after they die and questions come up about these so-called pet trusts; whether they're valid, whether they're inevitably going to lead to litigation and disputes after the person dies.

But Will They Have Pet Trusts After the #Brexit?

There is a recent story, actually in London of a woman who is still alive who is leaving quite a large amount to her dog. The interesting part about this particular story that just came out is that she, actually ahead of time, went and talked to her sons and said, hey sons I'm leaving my money to the dog.

And the two sons, according to the news story, were totally okay with it. Good for them. A lot of times though, the children are not so happy about millions of dollars being left behind for Fluffy, the dog.

Let's start with the beginning point of Nevada law. Nevada law actually specifically allows a person to leave money in trust for a pet, to take care of a pet. It is specifically allowed that you can do this. It's not absurd on its face or just to think about it. To think that somebody would leave money for an animal. It happens all the time from horses to dogs, to cats. All kinds of animals.

The key thing there is that the person leaving the money designates what is called a trustee, that is an individual, a human being that's actually in charge of the money. Obviously, the dog can't own property. You can't title a house in the name of Fluffy the dog, so it has to be titled in the name of a trustee of the such and such trust.

We have a human being in charge of the money, using it to take care of the dog under the standards that the person sets out in their trust.

Are they going to have to live off of the little cans of dog meat from the store?

The person gets to decide how the money is used to take care of the animal, and again, it is specifically allows under Nevada law. 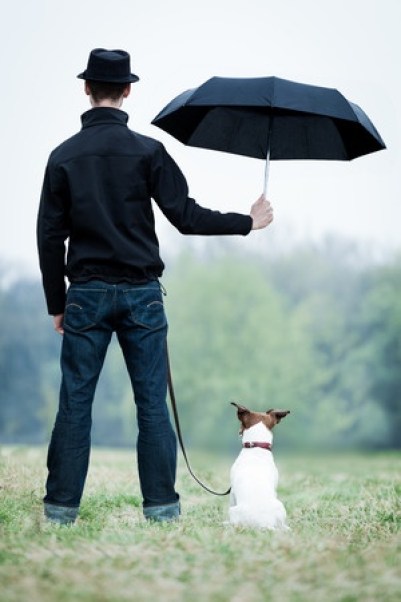 Now what are you going to do if you're the child of this person and you're not happy after mom has died.

You've read the trust document and you've realized that mom has either completely disinherited you or reduced your amount so far low in favor of the dog, that it's clear that you're not going to get what you expected to get from mom's estate.

What can you do?

Obviously, if you didn't know about this, you're going to be pretty upset. Typically that will weed into the litigation situation where you're going to bring a dispute or a contest of that trust document trying to overturn it in some way.

If you have been completely disinherited, meaning you're getting zero dollars from the trust, there is actually a pretty high incentive or I should say actually, there is not a disincentive for you not to contest the trust. You can come along and try to show that mom was not of sound mind, that she didn't understand what she was doing.

That she didn't meet the legal standards for setting up a trust of this nature.

Challenging Pet Trusts in Court Can Be Difficult

It's the same thing you would argue in other situation with a trust when you're trying to disprove the trust or contest it in some way.

You have to prove the same things, which is lack of capacity, lack of understanding of those who are your errs, what your property is.

There may undue influence.

That might be a little bit weird in a pet situation, but somebody could unduly influence a person to leave that for Fluffy, I suppose. You have the same standards you're going to have to prove.

Again, if you're getting zero dollars from the trust anyways, what does it hurt to give it a try, as long as you have a good faith basis, meaning as along as it's not frivolous to contest the trust.

You're likely going to do that. It may lead to a settlement coming out to you to resolve it. Fluffy gets a big share, you get a little share, whatever it is you come to an agreement on.

Is There a Way to Avoid Pet Trusts Probate Litigation?

That brings us to the point of as if now you're the person who wants to create the pet trust, have in mind that again your children are probably not going to be happy after you die, and they find out that you've left it for the animals.

What can you do knowing that they're probably going to contest this?

Like this woman in England did, you may want to talk to your family about it ahead of time. Make it very clear to them what you're doing, why you're doing it.  Transparency often is a great policy in these situations to let them know, "this is why I'm doing this."

You may also want to consider not disinheriting your children completely. Again, if you leave some gift them in the trust, they have some disincentive to not contest it.

We also talked about it on a different video on our blog about a process in Nevada that allows you before you die to go into court and ask the court to declare your trust or find your trust to be valid.

And if you do that before you die, then after you die, no one can contest it. The right to contest the trust is gone because you've got a court order before you die that it is valid.

Pet trusts are super fascinating. I've certainly done some where people love their pets very much, just like they love their children, and they want to leave money for them.

It's allowed, you can do it, but if you're going to do it, you want to make sure you do it in a way that is going to prevent the inevitable concerns, inevitable disputes that will arise after you die when the children find out that they're cut out.

For more information about pet trusts and other things related to trusts and disputed trusts matters, you can read our blog on clearcounsel.com.

Again, I'm Jonathan Barlow, I'll be glad to talk with on any questions you have.