Power of Attorney vs. Guardianship: What's the Difference?

Hello. My name is Jonathan Barlow. I'm an attorney here at Clear Counsel Law Group. A large part of my practice is in estate planning and guardianship.

In doing estate planning we often do what's called a power of attorney for people and sometimes we get to the point where we have to file for a guardianship for people.

We're going to talk about what those two things mean, especially for elderly people in southern Nevada.

First, I Will Define the Term "Capacity"

An important concept though, before we discuss those two things, is capacity. That's going to come up over and over again in the discussion of power of attorney and guardianship. What is capacity?

Capacity simply means for you, as a person, your ability to mentally appreciate and understand the consequences of your decisions.

Your mental ability to appreciate the consequences of those decisions and act rationally in relations to those risks and consequences is essentially capacity.

As we all know, there are medical conditions and other reasons that people begin to lose capacity over time and sometimes it happens very quickly through accidents and other things that may happen, such as traumatic brain injuries, where that person loses capacity.

What that means is they are no longer mentally able to appreciate those risks and rewards and consequences of their decisions and thus it raises concern about the person's well being, about their safety, about them being subject to potential exploitation by other people or undue influence from other people.

There's processes put in place to protect a person in the event of incapacity.

That's a brief nutshell of what capacity means.

Next, I Will Explain Power of Attorney

Let's talk for a minute about what is a power of attorney and how it can help an elderly person.

Let me give you some examples of what the person can do for you under the power of attorney.

Let's assume you've named your son Frank to be your power of attorney.

Those are medical decisions related to who you are as a person and your well being as a person.

Under a general power of attorney an agent can make decisions, or has authority over, such as your bank account.

They can access your bank account and use it. They could sell your house for you. They could prepare and file your tax returns for you.

They'd have authority over your insurance policy such as homeowners insurance, car insurance, health insurance.

Essentially, anything you can do in you general the agent would have the ability to make those decisions and has the authority to do that under the power of attorney. 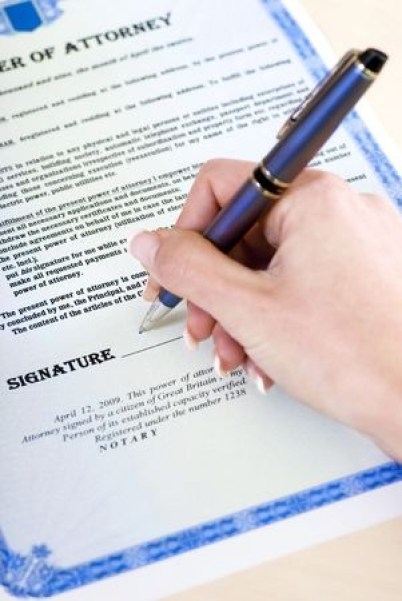 There's an important concept in power of attorney that you need to understand and it's a protection for most people and I often recommend it for almost all of my estate planning clients.

Let's think in your mind about that point in the future at which point you have lost capacity. What we talked about again, you are incapacitated.

Think about that point in the future.

How does Frank accomplish that?

How do his right spring into effect?

Frank has to go to a doctor, to a physician, and obtain an opinion from the physician that says, "My mom or my dad has lost capacity. That they are incapacitated."

Once he gets a doctor's opinion, his power of authority under the power of attorney spring into effect.

It's a protection for you. If you want to put that power of attorney in place to protect that time when you're incapacitated, you can do that but you want to reserve to yourself and only yourself.

Even though you love and trust Frank, while I have my capacity I'm the only that is going to make these decisions. When I become incapacitated, his authority spring into effect.

It's a great protection and something that most people should think about and consider rather than the opposite which is if it is not springing, Frank can use the power of attorney tomorrow while you have your capacity to run your life for you.

Some people want that because they want the assistance, most people say, "I love Frank, I trust Frank, but let's wait until I'm incapacitated."

Let Us Now Contrast Power of Attorney and Guardianship

Many people don't get a power of attorney while they have capacity and they come to the point of incapacity and suddenly, Frank or other families, become concerned that you are not able to make your decisions or that you're making unsafe decisions that are putting you at risk.

They don't have a power of attorney document they can rely on.

The only way that they can have those same rights and same authorities to take care of you is to file papers in the guardianship court asking that Frank, or whoever, be named as the guardian for you.

Assuming that you are incapacitated and other legal standards apply that show that the guardianship is appropriate, once the court appoints Frank as the guardian, Frank has essentially the same rights as he would have under power of attorney.

Same rights to make medical decisions for you, to decide what health care you'll receive, to manage your money and finances for you, your property, to take care of all those general matters. Same rights happen under the guardianship.

However, he's stuck in this court process that requires annual reports, it requires annual filings with the court, annual accountings, and so it can be a little bit burdensome and it can be costly and time consuming to go through the guardianship process.

Nevertheless, they have the same rights under power of attorney and guardianship, both meant to take care of you while you're incapacitated.

How To Revoke Power of Attorney

Last thing we want to talk about, if you're still with us here at this point in the video1)Of course you are!, is what do you do if you are concerned about the agent under your power of attorney or you're concerned that you're stuck in a guardianship with a guardian named for you and in both situations you feel like you've lost control of your life.

Where Frank is running your life for you and you're not happy with what he's doing for you, both under the power of attorney and guardianship.

Tear it up, get rid of it, notify other people who might be aware of it that you have revoked Frank's rights under the power of attorney.

It Is Difficult to Terminate a Guardianship

Now, if Frank has gone ahead and got that doctor's opinion that says you are incapacitated or if you're stuck in guardianship, in both situation you're unfortunately you're going to be stuck in some court process to prove your capacity.

You're going to have to try to prove that you do have the ability to make your own decisions, that you have the mental ability to understand the effect of those decisions. If you can do that and prove your capacity, then you can revoke the power of attorney and get rid of Frank or you can get out of the guardianship.

The guardianship would be cancelled, it'd be terminated, and you'd have your right back to take care of your person, your own finances, at that point.

Both situations are not desirable because, again, you're stuck in a court process. It's uncertain.

It's difficult to get a doctor to give an opinion that you have capacity when another doctor has already determined that you're incapacitated. Especially if there's diagnosis of Alzheimer's or dementia or something like that, it becomes very difficult.

Another protection I want to point out as we finish here, is that third parties, other people, Frank's siblings, your other children, other family or friends, can watch Frank's actions whether under power of attorney or under guardianship and they can come into those processes and file things or try to protect you.

There is a court process allowed to challenge the agent's actions under a power of attorney.

If they're not appropriate his right would be cancelled under power of attorney and may be required to repay or things that he's done and correct it. Same thing in a guardianship.

Third parties can come in and ask the court to either remove the guardian and replace him with somebody more appropriate or to cancel the guardianship altogether for you if it's appropriate.

If You Are Getting Older, Please Consider Power of Attorney Documents

You should come in and at least get some power of attorney documents put in place where you can choose proactively who you want to name as your agent to make those decisions for you.

Who you trust rather than leaving it to the whims of the guardianship court to determine who the court thinks is best to make those decisions for you.

In any event, if you're stuck under a power of attorney or a guardianship and need help getting out, definitely come and see us and we'll talk you through those processes of what needs to be done to help you gain your independence back, to gain your capacity back, to make those decisions for yourself and to protect yourself.

Either way, we're happy to help here at Clear Counsel Law Group and we have a lot of experience helping people with these issues.

Give us a call here at Clear Counsel and we'll be glad to answer any questions you have about this and we look forward to talking to you soon.