Earlier this week, the newest star on the podcasting circuit, Greg Hamblin, hosted one of our partners, Jordan Flake, on his new podcast, On The Docket.

We have gotten a lot of great feedback from these podcasts, thank you!

For today's episode, I must ask you this: If you ordered a printer, but then were delivered a pallet of printers that will not fit inside your home, do you get to keep them?

Our preview begins with Jordan answering this question...

Unjust Enrichment: When Are You Obligated to Return the Items?

Jordan Flake: ..but let's say that a company does make an error and it works to your benefit to the tune of 50,000 or $100,000. They either deliver a lot of printers or when they're refunding you money instead of refunding you $1,000 they refund you $10,000. One question we get is, "Well, can I keep it?" Finder's keepers, they made the mistake. It's their mistake and their bad and it's mine.

Brian: Whenever something bad happens to someone else to my benefit I think, "Oh, well. All right, it's my lucky day."

Jordan Flake: In as much as we're talking about examples from the internet, if you want to sound like an internet pro on giving the true actual advice in this circumstance, is that the law, ever since the days of "ye olde timey England," has recognized a legal principle called unjust enrichment, which basically says that if somebody gives you some kind of an economic benefit for which you did not give some kind of consideration or some kind of equivalent value, then you are on the hook for that amount of money. That's what we call unjust enrichment. That'll sometimes come up in the context of like a contract for services or somebody will basically get the benefit of ... 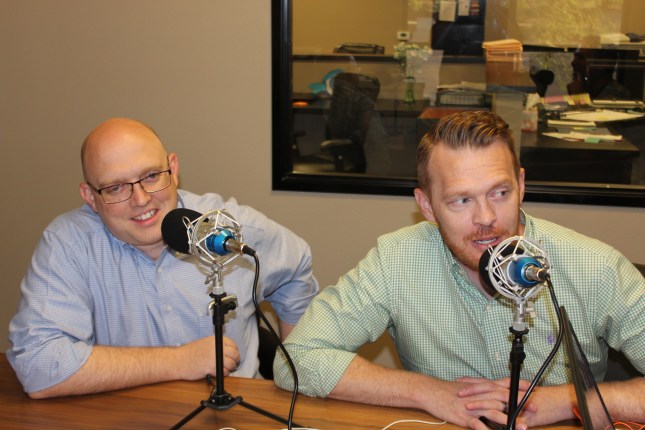 Jordan Flake: Right, yeah, it's an accident. Somebody will get the benefit of somebody who drops off valuable materials, or leaves a printer, or gives them extra money. Then they come along and say, "Well, no, you were unjustly enriched by this situation; therefore, you can't keep the benefit." Do you have a question there?

Brian: Yeah, so in the example with the printers, what is the obligated to do to avoid an unjust enrichment lawsuit?

Jordan Flake: This is not my official position...what happens is the unjust enrichment really happens if that person takes the possession and ownership and control of the printers. Merely leaving them out in the parking lot where they were delivered doesn't unjustly enrich that individual. It's the following the bad internet advice where it's like, "Hey, sell the printers on Craig's List and turn it into $100,000." At that point that individual is enriched to the value of the four pallets of printers. If he just says, "Whoa, I'm just going to cover these with a tarp," which I think somebody gave him that advice

Jordan Flake: ... call the company. Then he's not really enriched by that situation because he didn't take them into his possession.

Greg: In that case what was happening was they were saying, "In the state that you are in there's a statute that says, 'You have an obligation to do what you reasonably can to protect other people's property even if it was mistakenly given to you or put in your possession.'" In that case he figured since he can't bring it inside. He doesn't have room for four pallets inside much less fit them through the door. He would protect them from the weather, call the people immediately so that they could come and take care of it. That was about the limit of what he could reasonably do to protect this stuff.

Jordan Flake: If the bank ever makes a big error in your favor, don't run to the ATM, pull out all the money and blow it on the strip because there's a good chance that they could come after you and say, "Hey, you knew or should have known this money wasn't yours. You didn't do anything to earn it and you're on the hook for it."

Greg: Now this doesn't apply to situations like someone leaves you something in their will because there's a situation you get something and you haven't done anything for it. It's not an unjust enrichment.

Jordan Flake: Right, it's not an unjust enrichment if it was intended it be a gift. There's a presumption that you were my friend or whatever for my life and as a recognition of our friendship then this is a gift that I'm going to give you, even though that doesn't necessarily require friendship. I think anything like that there's a difference between a gift and you wouldn't leave ... The individual in this scenario wouldn't have claimed, "Well, the pallets of printers were given to me by the company as a gift." They just really like me as a customer. That's the idea I think is there's a little distinction there.