Watch This Before Revising Your Own Will

Pitfalls of Amending Your Own Will

Jonathan Barlow: Hello. My name is Jonathan Barlow. I'm an attorney here at Clear Counsel Law Group. A question that frequently comes up from my clients is: If they have a Will, can they make their own handwritten changes on the face of that Will within the document themselves or do they have to go to an attorney to the Will changed?

This question comes up surprisingly all the time, both while somebody's alive and they're wanting to change their own Will and after that person has died and the family member comes in and they say, "Hey, I have Mom's Will, and look. There's all these handwritten changes on it."

We see this all the time where someone comes in, they bring a Will, and I've got scratches out or there's crossing things out. They've got arrows pointing here and there. They may have a 25% with an X through it that says now 15% next to it. They'll have a scratch-out across Johnny's name, and they'll write in Sally's name underneath it. So we see these kind of changes happen frequently. 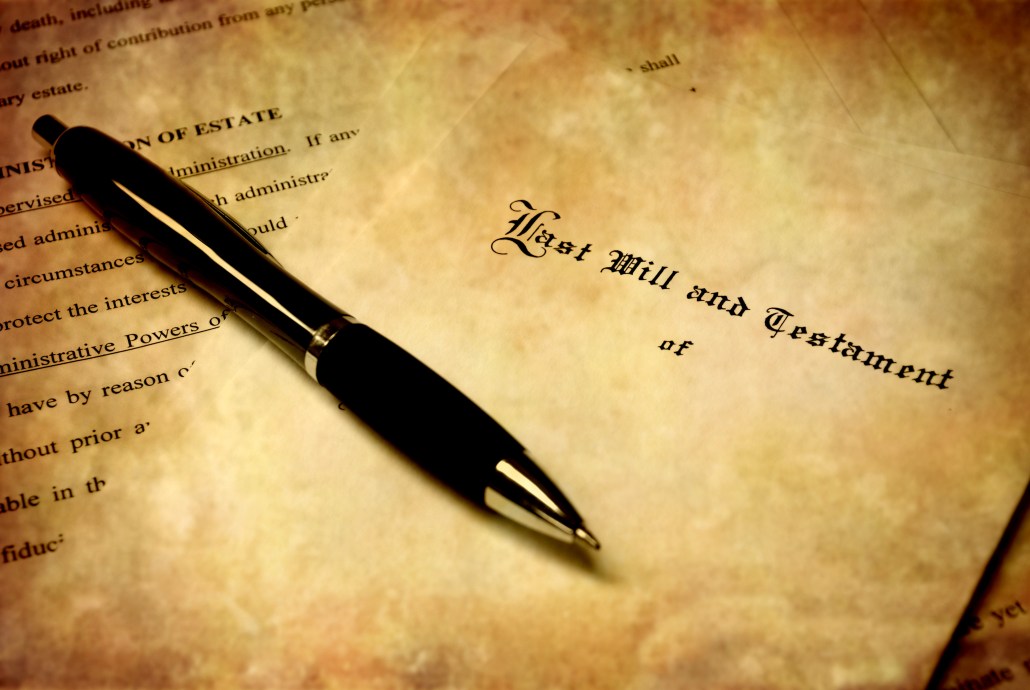 The biggest question overall is, we're trying to figure out what was the intent of that person. Did they intend to make that change? Is that what they wanted to do?

While you're still alive, you can make those handwritten changes, but you're setting things up for some messy things down the road after you pass away.

We're going to look at the second question, which is: If you have those handwritten changes, are they legally enforceable? Are they legally valid changes?

Let's assume that someone came in, mom's passed away, and they have a Will. Mom's done one of those things where she scratched out one of her son's names and instead, wrote in the friend down the street, Susie, and gave Susie 25% of the estate.

The son, in this case, is concerned about this scratch-out. He asks me, "Is that legally valid? Can Mom disinherit me like that by scratching me out and writing in Susie's name from down the street?"

The answer, as is often the case in the law, it depends.

What is a Holographic Will?

In order for those handwritten changes to be determined to be valid, they have to meet the requirements of what's called a holographic Will.

A holographic Will is a handwritten Will, where the entire Will is written in the hand of the person; they sign and date it.

So in order for a holographic Will to be valid, you have to have three things:

Those same three requirements are going to apply with these handwritten changes in the Will. We're going to look at these changes, which by the way are called interlineations which technically means a change within the margins or change between the lines.

We're going to look at these interlineations and determine as to each one of those, did it meet those three requirements for the holographic Will? Was it in the person's own handwriting? Did they date it? Did they sign it?

So what we'll see is, say, on page two of the Will, they cross out something there, they make an interlineation change in their writing, they flipped to page four and they changed the executor provision by scratching out Bob's name and writing in Joe's name.

Then on page four, that's where they put their initials or they sign it there and they date it there, but they didn't do that as to page two.

So the big question becomes, and I would argue, that those handwritten changes on page two don't meet the requirements of a holographic Will because it wasn't dated and it wasn't signed on that page.

Another problem that often comes up is the question of intent. Is this really what the person intended to make these changes? Is that really what they wanted to do?

I've seen personally circumstances where somebody has been, essentially they've just been brainstorming, and they've been using their Will as a way to brainstorm about how they might want to change it; not necessarily that they did want to change it. So they'll get out their Will, and they'll look at the percentages that they put in there for people. They'll start doing some math and doing some changes and trying to add it all up, but that's not necessarily what they intended to have as their final document. That was simply brainstorming or doodling on their Will.

How Will a Probate Court Address an Invalid Will?

Brian: If someone amends a Will incorrectly, will a probate court throw the whole Will out and their estate will be administered intestate?

Jonathan Barlow: That's an excellent question. Let's say we've looked at this. The interlineation appears to be improperly done. It doesn't meet one of those requirements. Will the court necessarily not follow that change? Will the court, in and of itself, say, "No. No good. We're not going to follow it"? This really only applies if there's some type of contest, if people are fighting about the interlineation.

If everybody who has an interest - say, all of the kids or everyone that's named there - if they all agree and say, "Even though it's missing a date, we want to enforce that part of it," they can all agree and sign an agreement saying, "Even though it's missing a date, even though it might be missing a signature on that particular place, we agree that that's what Mom wanted to do and we agree that that's what she intended to do, so we are going to collectively agree to have the Will distributed in that way." The court would honor that agreement amongst the interested parties, amongst the beneficiaries. It would honor an agreement.

So really, we're only talking about situations where somebody has raised a concern or raised a contest about the validity of one of those changes. Did that kind of answer that particular question about?

Jonathan Barlow: Again, I highly don't recommend interlineations. People do it frequently. They don't want to go to a lawyer. They may not have time to go to a lawyer, but it's just setting things up ripe for potential disaster down the road.

Your estate may not be distributed the way you want it to, either because what you intended wasn't done clearly enough or you didn't actually intend to do what you doodled on your Will.

So if you want to make those changes, certainly go and see a lawyer or make sure that it's done in a nice formal way so it's very clear what you intended to do unless you want to leave a disaster for your children, which most people don't want to do.

If you want help with making these changes to your Will while you're alive or if you have concerns after someone's passed away and you've got Mom and Dad's Will and it's got these interlineations and you don't what to do with them, give me a call here at Clear Counsel Law Group, and I'll be glad to answer your questions about that and help you determine what Mom or Dad intended and whether it's legally enforceable.