Can a Witness be Compelled to Appear in Probate Court?

Clear Counsel Law Group > Probate Videos > Can a Witness be Compelled to Appear in Probate Court?

How to Require a Witness to Appear in Probate Court

Hello, my name is Jonathan Barlow. I'm a probate and trust attorney in the Las Vegas, Nevada area. In particular over the course of my career I have handled many trust and estate disputes so disputed matters, litigation matters within the probate and trust context.

If that's your situation, you come to me and say, "We've got to get this testimony of Joe. Joe knows what happened in that situation. He could tell us what happened."

How I Compel A Witness to Testify

The question is, can we make Joe come to court and testify as a witness? Is there a legal process that we can force Joe to come into court as a witness?

That's usually in a trial. We can have a subpoena served on him. He is legally required to come to court to give his testimony. Now Joe can choose to ignore that and not show up and that's a risk that could happen. However if he does that he's going to be in contempt of court, he could face jail time and a civil penalty, so usually people don't ignore those subpoenas.

What if the Witness Doesn't Live in Nevada?

Now the second situation that often comes up though, which is a little bit sticker is, what if Joe is in New York? How can we get him from New York into Nevada?

We've got to have this information from Joe. In this situation, a lot of law firms get bogged down and they get tripped up on this and they say, "Well, we can't do it. We can't bring Joe into Nevada."

It's true, there is no legal process to force Joe to come from New York to Nevada to give his testimony. However, there is a way to get his testimony, preserve it so that we can use it in trial, and to support your case. 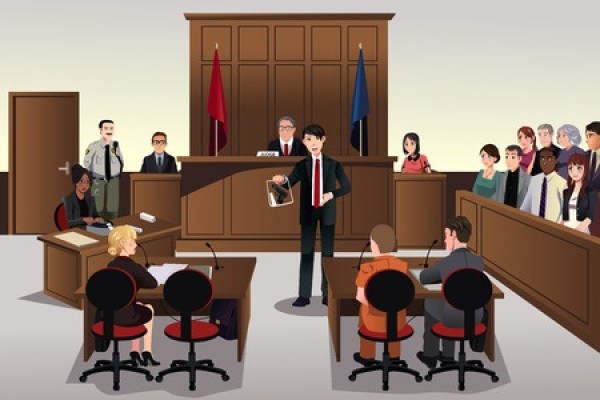 I as the attorney can either fly out there to be there in person which is most effective. It can be done over the phone if the parties agree.

I'll go out there to New York. Joe arrives, he's put under oath just as if he is in a court of law, sitting there at trial, he takes an oath to tell the truth.

Now we bring that deposition back to Nevada and we get to the point of having our trial. We call Joe and say, "Hey Joe. We'd really appreciate you coming out to Nevada to come to the trial and give your testimony." Joe says, "Not going to do it. Not coming out there. Not going to take the time nor the expense to do that."

The Value of a Witness Deposition

We're not up a creek. In that situation, we can go in and ask the court to allow us to have permission to use Joe's deposition, to use the video from that deposition or to simply have the transcript, the document read, the answers and questions read, into court at the trial. That's treated just as if Joe was sitting there in court at trial giving his testimony.

That's a way to preserve his testimony even though he's all the way out on the other side of the country and even though we can't legally command him to Nevada to give that testimony.

We've flown to other states to take that testimony and use it in trials successfully to preserve their testimony.

If you're in that situation, where you're wondering about getting this evidence or testimony or we need this information from a witness, we here at Clear Counsel would be glad to talk to you about that.

We do a free consultation to review your case, to review the disputes that you're having and help you plan a way to resolve those disputes and preserve testimony from witnesses whether they're in Nevada or out of New York.

I encourage you to give me a call and let's have that free consultation today.